Drop-In mosfet type TITAN controller set transforms Tokyo Marui V2 Next Generation Recoil Shock into an advanced training replica. It provides a tactical advantage thanks to a lightning-fast trigger reaction time with the ability to modify the replic... Read more.

Drop-In mosfet type TITAN controller set transforms Tokyo Marui V2 Next Generation Recoil Shock into an advanced training replica. It provides a tactical advantage thanks to a lightning-fast trigger reaction time with the ability to modify the replica and adapt it to every mission with the help of 20 available functions.

1. GATE Control Station
Normally update the firmware and/or conduct driver adjustment from home using a USB connection and a computer application. Connect and adjust your replica using a computer or a laptop!

2. USB Connection / Plug
The USB plug operates in cooperation with GATE control station and provides a full access to all functions offered by TITAN as well as allows to perform software updates of the control unit installed in a replica, as well as the Tactical Programmer Card.

TRIGGER SENSITIVITY ADJUSTMENT
III generation proximity sensor allows controlling the trigger sensitivity. There is no need to disassemble the replica, all that is necessary is to use the GATE control station. It will allow adapting the replica to the skills and individual preferences of the User.

CYCLE DETECTION
TITAN control unit can accurately detect the position that a cycle should end at. Thanks to that, the squeeze of a trigger causes a completion of a full firing cycle (replicas without TITAN system often jam when the trigger has been squeezed for a too short of a time if it does not end with a shot. TITAN eliminates this defect.).
This results in:
– Automatic BURST mode, there is no need to set the time of the cycle of this series, the only thing necessary is to determine how many BBs are to be fired
– Automatic Pre-Cocking, which is available in every mode in the following fire mode selector settings: SEMI BURST and AUTO. In comparison to ordinary MOSFET modules, there is no need to configure this setting manually. All that is required is to set the power of the spring pre-cocking.
– ALWAYS COMPLETED FULL CYCLE – when pre-cocking is turned-off, TITAN will ensure that the gearbox will complete a full cycle and after firing the spring will be released. Thanks to this, a greater reliability of the replica is achieved.

PRE-COCKING (Gen.2*)
Winning a duel often depends on fractions of a second, that is why thanks to pre-cocking the trigger reacts with a speed that can be compared to that of a real firearm. The spring is pulled beforehand, so at the same time, we caution that usage of this mode with powerful springs will lead to a faster wear of internal parts of a replica.
There are two modes of PRE-COCKING function:
1. AUTO – the spring is pulled after every shot
2. SMART – the spring is pulled in advance by a slow squeeze of the trigger and a shot is fired by a rapid squeeze.
Three modes of operation can programmed for PRE-COCKING: HIGH / MID / LOW – each regulates the spring sprain in different levels

BURST (Gen.2)
BURST mode, i.e. firing with a pre-programmed series of rounds requires only the selection of the amount of BBs to be fired (up to 10 BBs per trigger squeeze). It is very useful in all MILSIMs or when using real/low-cap magazines.

ROF STAB
Allows to change the way ROF CONTROL operates:
– ON – RoF Control regulates the cycle speed, which allows a gearbox to operate smoothly and with a lesser wear of the replica’s internal parts
– OFF – RoF control adds pauses between every shot in order to reduce the rate of fire. This provides very realistic experience.

SNIPER DELAY
This function allows to set a delay between every shot in SEMI mode in order to simulate reload delay or recoil compensation. It is possible to set the following delay: 0.5 s, 1.0 s, 2.0 s and 3.0 s.

A detailed description of all functions is available on the manufacturer’s website: http://www.gatee.eu/ 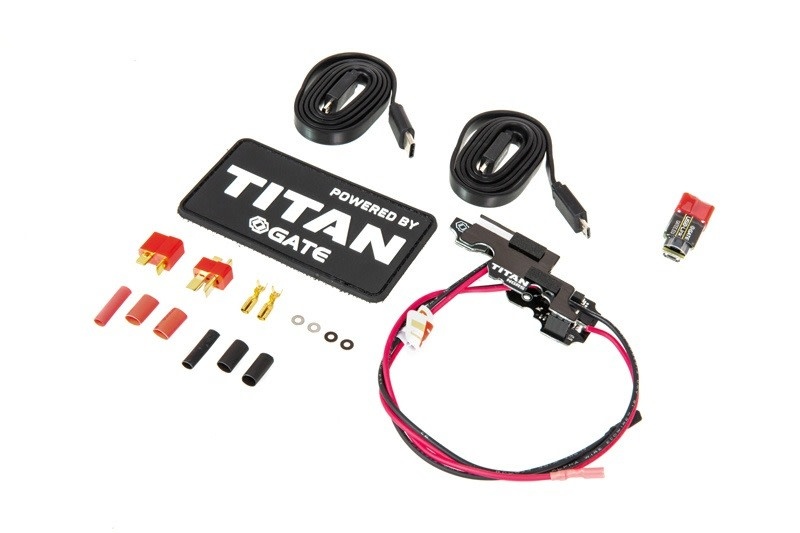 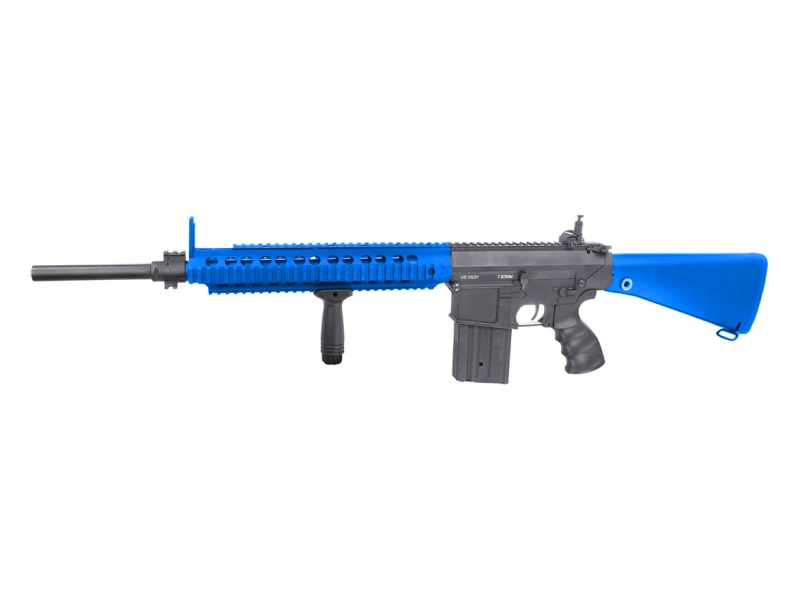 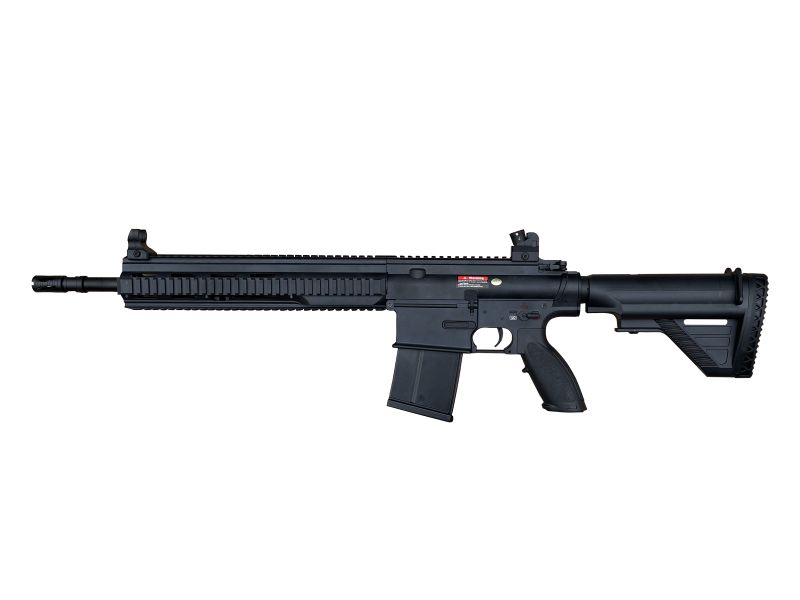 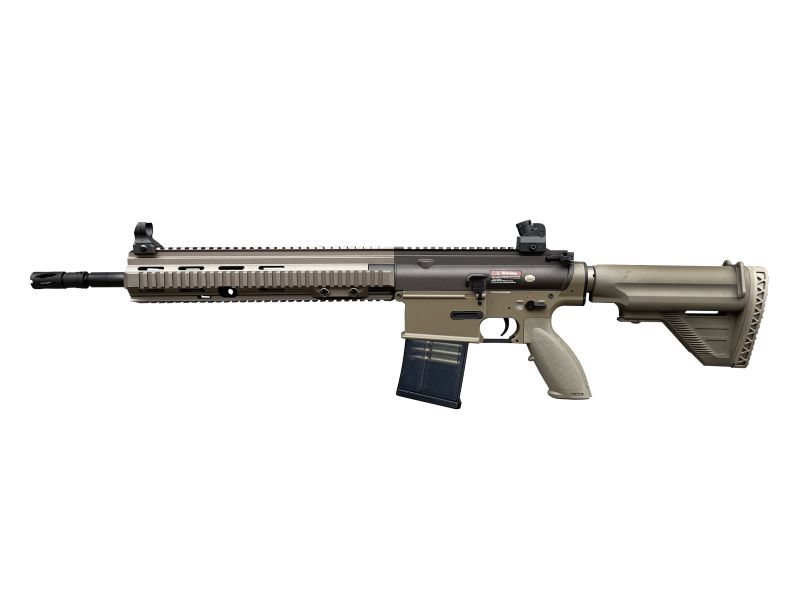 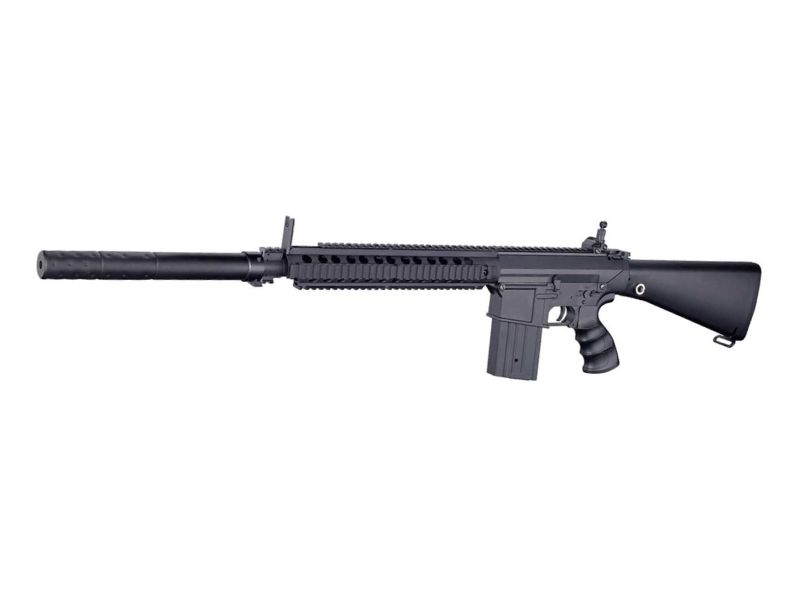